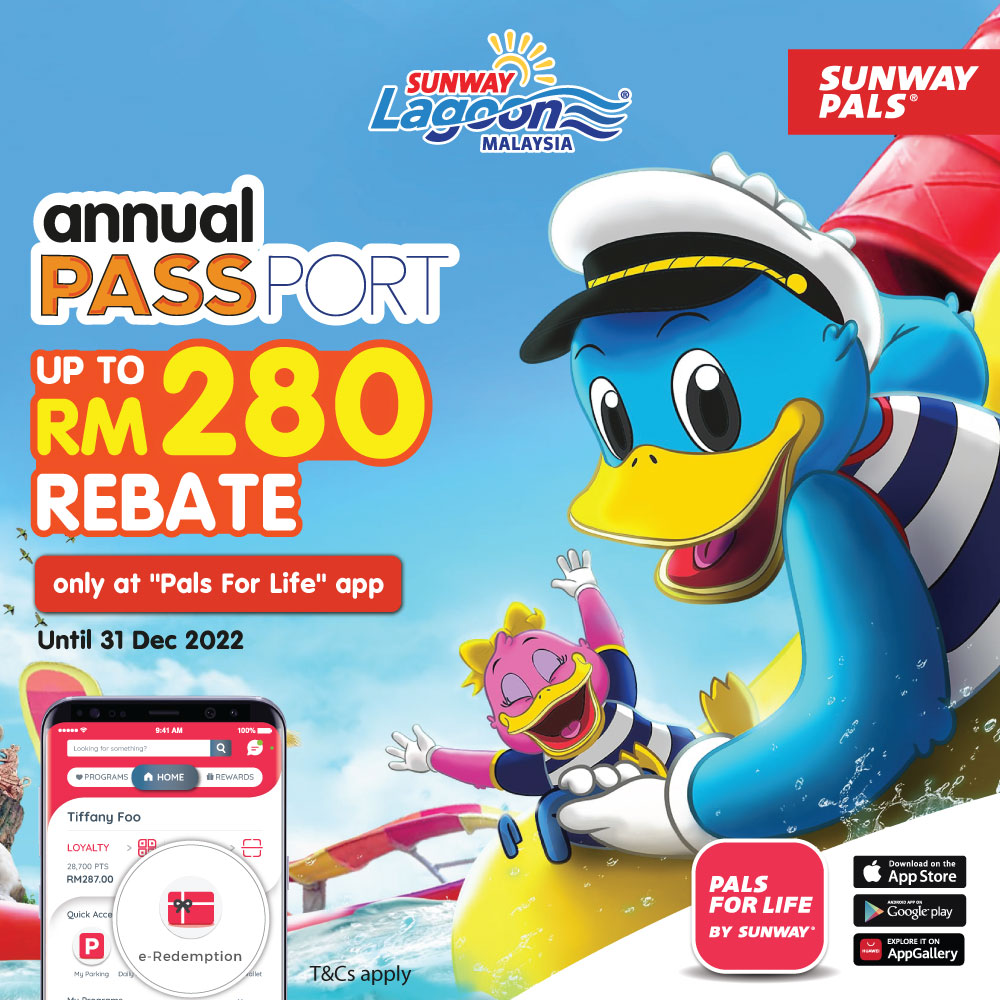 Download our Pals For Life app to find out more on how to redeem: http://onelink.to/3d7qhs

• e-Deals redeemed are strictly non-refundable and not exchangeable for cash.

• These e-Deals is only applicable for first 200 redemptions only, while stocks last.
• e-Deals redeemed are strictly non-transferrable and can only be used within the same account
• Any expired e-Deals will not be extended or refunded.
• Annual Passport must be collected within 31 days after redemption of e-Deals.
• Expiry of e-Deals redeemed will be stated in ‘Rewards Wallet’ page.
• Pals members must only click “Use Now” when it’s ready to collect the Annual Passport at the ticket counter.
• Pals members must collect Annual Passport at Annual Passport Counter,
• Main Entrance or at any physical Sunway Lagoon Open Counter at World of Sunway in Sunway Malls.
• No exchange, refund, replacement, extension, cancellation or amend date will be accepted upon confirmation of e-Deals redemption.
• Annual Passport holders are entitled to unlimited entries (single entry per day) to Sunway Lagoon. Closed every Tuesday, except on Malaysian school & public holidays.
• Annual Passport holders to register fingerprint upon first entry to Sunway Lagoon to complete the process.
• Annual Passport is STRICTLY non-transferable and non-refundable in any part or whole. It can only be used by the registered holder.
• Sunway Lagoon and Sunway Pals reserves the right to refuse, alter, amend, delete, or add to the stated T&C at any time without prior notice.