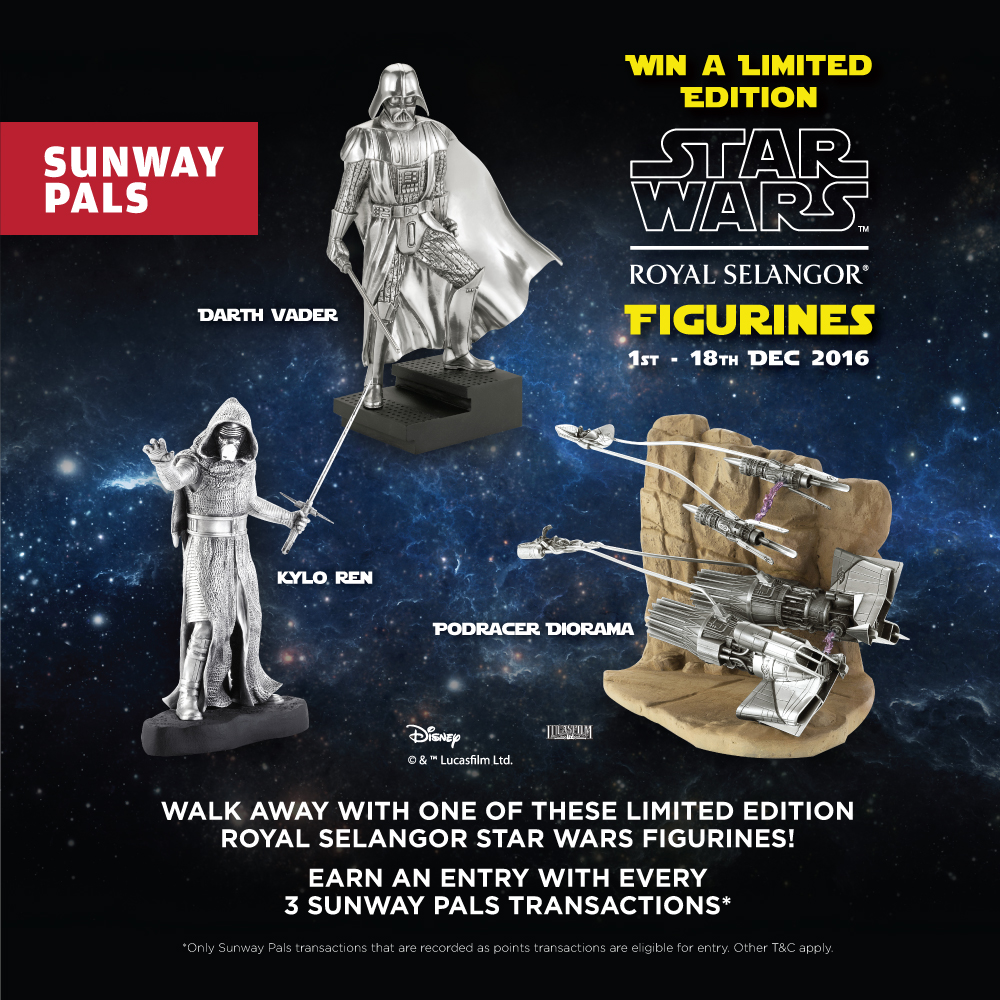 Walk away with one of these limited edition Royal Selangor Star Wars figurines!

•  Campaign period is from 1 till 18 December 2016.
•  Applicable at all Sunway Pals participating merchants.
•  Members who make 3 transactions with their Sunway Pals card/mobile app at Sunway Pals participating merchants during the campaign period and whose transaction(s) is recorded as points transaction are eligible for entry.
•  Points earned as campaign prizes are not valid for entry to this campaign.
•  Each member is entitled for ONE entry for every 3 transactions made during the campaign period.
•  Entrance for this campaign is automatic and accumulative.
•  Only Sunway Pals memberships which are valid and active at point of winner selection will be eligible.
•  Each winner may only win once throughout the campaign period.
•  Sunway Pals reserves the right at its sole discretion to refuse, alter, amend, delete or add to the stated terms & conditions without prior notice.
• Prizes include 1x Podracer Diorama figurine, 1x Darth Vader figurine, and 1x Kylo Ren figurine from the Star Wars Royal Selangor.