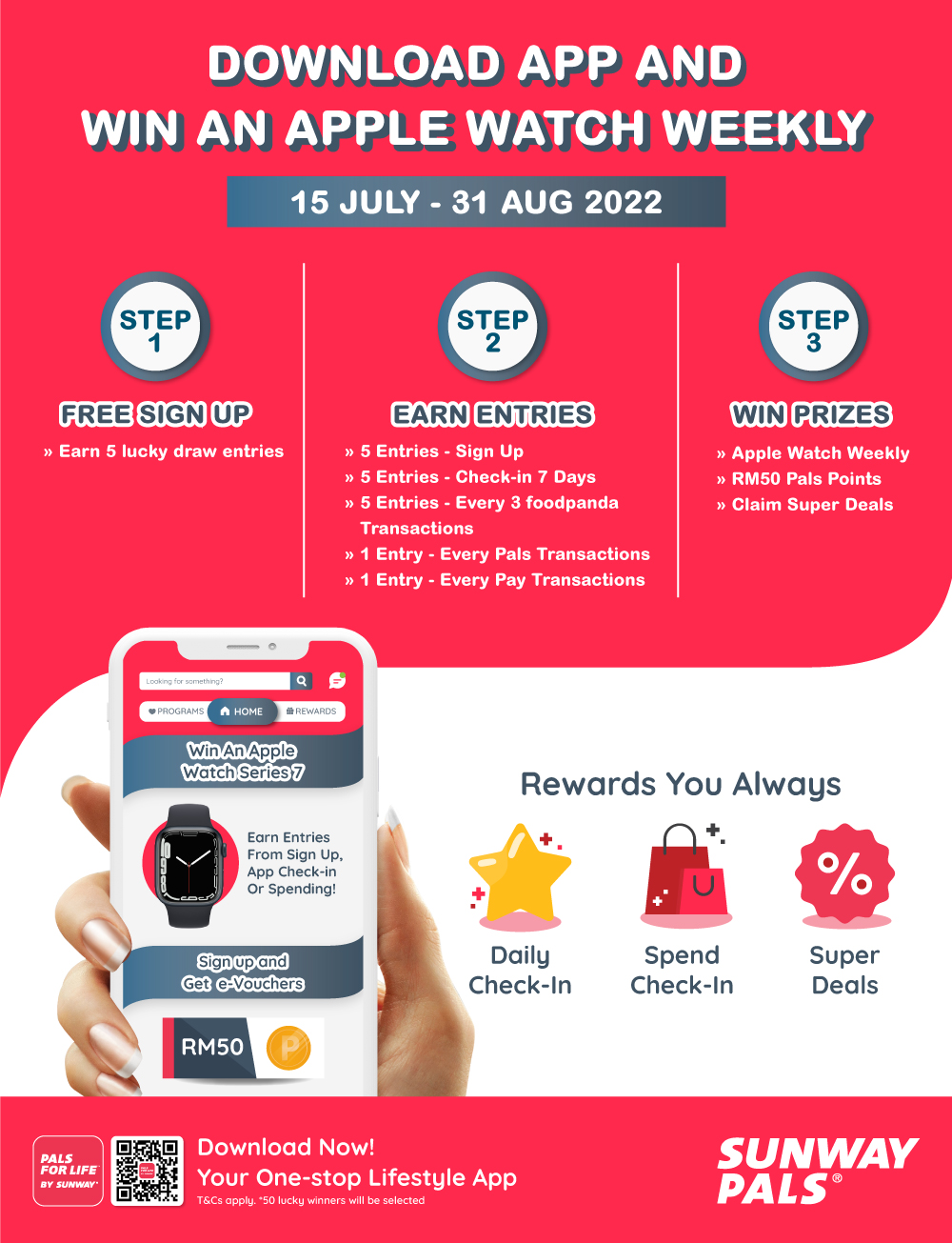 Reimagined. Redesigned. Introducing the all new revamped Pals For Life app which just got better. With more exciting rewards and programs, update or install the app now to claim your SUPER DEALS!

To celebrate this launch, we will be giving away an Apple Watch Series 7 to a lucky member every week! Not only that, members will also stand a chance to win RM50 worth of Pals Points. Earn more entries and increase your chances of winning our prizes!

Here’s how to participate and earn entries:

Launch or install the Pals for Life app now: http://onelink.to/3d7qhs